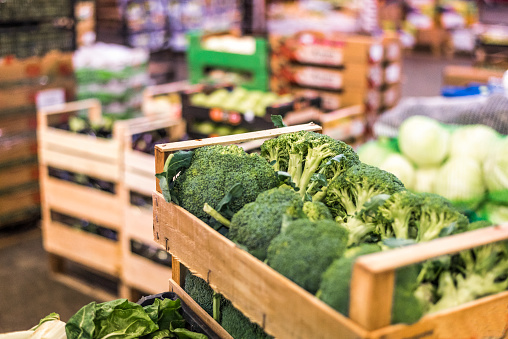 Wholesaler trades paper pick lists for barcode scanning technology and ensures that perishable product received first into its distribution centres is also the first to be shipped out. IF&P Foods anticipates further productivity benefits by migrating all its devices to Zebra Android shortly.

IF&P Foods keeps its regional retail grocery and foodservice customers supplied with fresh produce. The company needs to use a consistent first in, first out (FIFO) inventorying method to prevent expiration of older product before it is shipped out of its distribution centres. The use of paper pick lists made tracking date-sensitive product lots difficult, however. As a result, order fulfilment errors were unacceptably high.

As a result of it ERP/WMS and mobile computer investments, IF&P Foods has dramatically increased picking productivity and order accuracy. And the company isn’t finished boosting productivity. It plans to migrate its mobile computers to Android and use Zebra’s Mobility DNA software suite, including Device Tracker, PowerPrecision+ and Push-to-Talk, to further enhance its order fulfilment performance.

Rapid turnover of perishable inventory makes achieving highly accurate order fulfilment enough of a challenge in the wholesale produce business. For a wholesaler that is growing rapidly by acquisition and inheriting legacy order picking systems, it’s even more daunting.

Indianapolis-based IF&P Foods, a diversified produce wholesaler, has enjoyed order accuracy gains of 90% by investing in mobile picking solutions and replacing paper-based pick lists starting in the late 2000s, according to Eric Richardson, Vice President of information technology. Such improvements, will be critical as the company expects to continue making acquisitions, implement operational efficiencies and rapidly increase its revenues in the next few years. IF&P Foods already owns a portfolio of brands that collectively serve retail grocery and foodservice customers, from six main regional distribution centres, including Piazza Product and Indianapolis Fruit Company.

Richardson points out the the company’s adoption of an enterprise resource planning (ERP) and warehouse management system (WMS) was the first step in improving upon paper-based picking. From there, IF&P Foods has worked with a Zebra Technologies partner for more than 10 years to increase the efficiency and accuracy of its picking processes with handheld followed by wearable mobile technology. In early 2019, the company began planning its next performance leap by equipping its workers with Zebra Android devices and features that suit the unique demands of warehouse work. The benefits of Android will grow exponentially as IF&P Foods expands with each new acquisition.

Because a typical IF&P Foods distribution centre turns over its inventory in about two days, using the FIFO inventorying method  is critical, Richardson points out. When using paper pick lists, he says, workers often picked items with a newer rather than older product lot because they could not instantly verify date-ordered product lot information. Since the company adopted its ERP and equipped its warehouse workers with barcode label printers, mobile computers and barcode printing and scanning capability, tracking product at the lot level is possible. The enables management of product outflows in the correct order. Workers locate the correct pallets with paper lists, but paper pick lists are a thing of the past.

“We saw some really significant improvements in our fulfilment operation error rates once we stated bringing in this technology, ” Richardson says. “We had somewhere around 90% reduction in errors that were operationally driven during the fulfilment process.” IF&P Foods used to run periodic lot error reports typically comprising about 80 pages when it attempted paper-based inventory tracking. Now those reports typically are less than a page long and the errors are due to rare manual data entry, and not barcode scanning.

IF&P Foods’ product line has grown from about 8,00 to about 15,00 items in recent years, making digitisation of its distribution centre operations essential, Richardson contends. “There’s no way to control that madness without automation and no way for use to measure our production levels, either, “he says, adding that productivity has increased by about 20% over paper-based tracking. “Picking at a certain pace is important, but picking accurately is more important because if we’d running a truck four hours away and we give a client the wrong product or have no product at all, that’s a massive hit to our profit margin. Productivity, accuracy and visibility are three huge gains from using technology.”

In early 2019, with the end of Windows mobile operation system extended support approaching, IF&P Foods planned to maintain the operation continuity of its mobile devices by migrating them to the Zebra Android OS. The company had already migrated some devices with Windows-to-Android terminal emulation by that time.

Richardson also expects the transition to the Android OS to support IF&P Foods’ acquisition strategy. “Usually, as we acquire new companies, our first move is to set up the WMS environment so we can gain visibility into case movements,” he says/ “Without Android, we would have no visibility of where we are in production, so it is definitely a requirement at this point.”