A food distributor employs more than 300 people at its corporate headquarters, which includes a 200,00 square-foot warehouse and a full service truck centre. More than 5,000 products pass through the company’s warehouse operations, including candy, chocolates, nuts, dried fruit, baking supplies, packaging supplies and specialty items, like gluten-free foods. These products are delivered to 29 states by the company’s fleet of local and long-distance trucks. 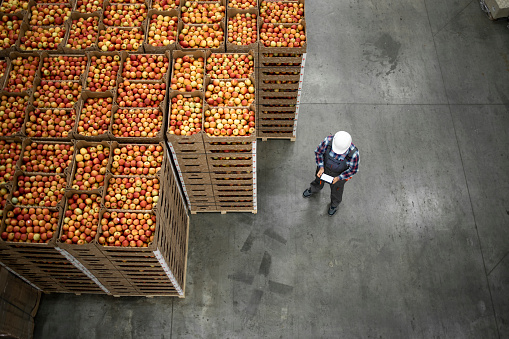 The food distributor has always prided itself on providing high-quality products and service. So, it was frustrating and costly when legacy handheld computers would drop connectors with the warehouse’s wireless network, causing disruptions in the order picking and fulfilment processes. Too frequently, the company had to retrieve mis-ships from stores, and in the case of perishable items, discard products resulting in losses. Dropped network connections and frozen devices were also highly frustrating to the food distributor’s warehouse employees.

“With the old devices, from an aisle away, you could see the frustration on a worker’s face when a device was not responding or connecting,” says the IT specialist at the food distributors. “We needed to deliver a better experience and restore and staff’s confidence in their tools so they can work efficiently.”

After installing a new wireless network and testing for total coverage, the company discovered the problem wasn’t the network – it was the devices. The handhelds used the Windows Mobile operating system, which was at the end of life for support, so the company stated exploring options. 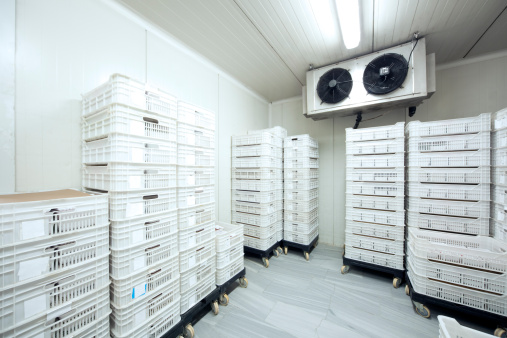 As part of its search criteria, the company wanted to find a supplier who was local, responsive, and offered devices that used the Android operating system. Additionally, they wanted a rugged handheld computer capable of operating in extreme environments. At the time of the search, the food distributor also owned a canning facility where high humidity levels were a factor, so the handhelds needed to perform well in this climate as well as in refrigerated areas.

The Right Recipe for Success 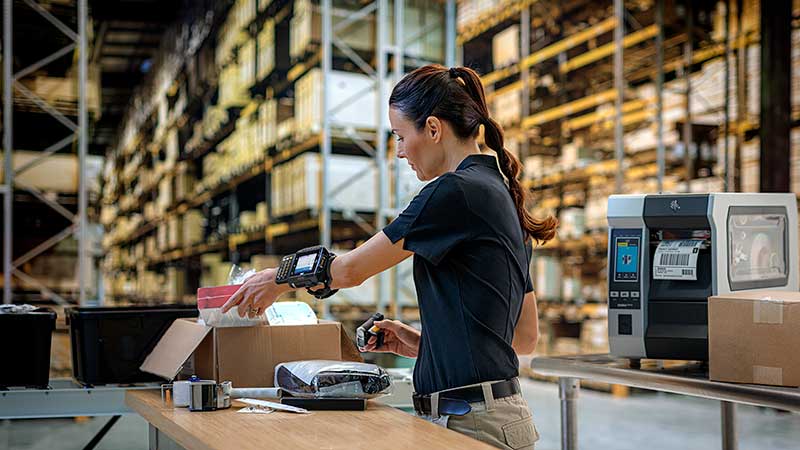 “We know Zebra builds super-rugged equipment because we’ve had Zebra printers in our warehouse for years that have printed literally millions of labels, and they just keep running,” say an IT specialist at the food distributor company. “One of the side effects of warehousing is you have a lot of cardboard dust. Zebra devices aren’t affected by dust. They just keep running and running”

Zebra’s reputation for quality came through during head-to-head testing between the MC3300X device and handhelds from another vendor. The IT company’s Device Lifecycle Management program also helped to configure new devices, rather than have the food distributor’s busy IT team configure them and making mobile computers ready out of the box, and provides ongoing device management, maintenance, and updates. In addition to getting devices in production faster, the program also helps to maintain device standards and security.

“The other device we tried was fairly solid, but connectivity was often challenging,” said the food distribution company. “With Zebra device, the wireless network connectivity remained solid – even when going through a tunnel connecting two of our warehouses.”

The food distributor was impressed with its new solution and how it performed once deployed throughout all its warehouse operations – from their main facility, two smaller storage warehouses nearby, and their deli warehouse.

“We are a preferred distributor for one of the largest chocolate suppliers in the world, so when there’s a holiday, we have to move fast in the warehouse to keep up with the orders,” said the food distribution company. “Our old devices simply couldn’t keep up with that pace. We can trace the Zebra mobile drives as they move from on Wi-Fi access point to the next. They are always ready with no lag or disconnects.”

Workers can sometimes be reluctant to give up tools that they’ve come to know through daily use, so one challenge that the distribution company anticipated was achieving a smooth transition among its workers from the old devices to the new. The company credits the IT consultant company for deploying MC3300X soft key capabilities to customise the interface for a familiar user experience, while introducing greater efficiency for warehouse workers.

“Training was easy for our workers based on the seamless transition made possible by the IT consultant company,” said the food distributor. “We can present everything needed via soft buttons on the screen and customisable keyboards. We flattened the learning curve to the point where we had almost no resistance to changing to a new device.”

While the interface looked the same for those using the devices, Zebra build powerful efficiencies into the system. “The new interfaces looked just like what they were used to using,” said the food distributor. “And our workers now enjoy a night-and-day difference in performance and can find exactly what they need to do their jobs”

The continuous connectivity that the food distribution company’s warehouse workers now enjoy with their new devices has virtually eliminated mispick issues that were a problem of the past.

“Mispicks typically weren’t caused by human error,” the food distributor says. “We determined they were caused by faulty devices. Those errors created costs from retrieving returns and damaged or perished goods. On top of that, we pride ourselves on providing exceptional customer service, so inaccurate orders just weren’t acceptable.”

With mispicks reduced, the food distribution company can focus more on bigger challengers. “It has been a win for our warehouse team members because they no longer have to deal with dropped communication. And it’s a win on the IT side as we’re now freed up to work on projects elsewhere in the company because we’re not stuck trying to triage an issue that we know is caused by faulty devices. Overall, it’s a true win-win!”